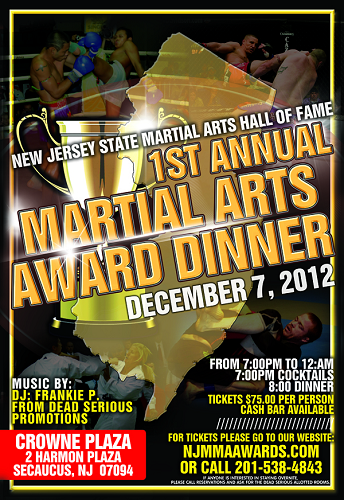 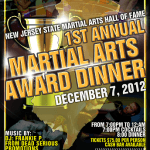 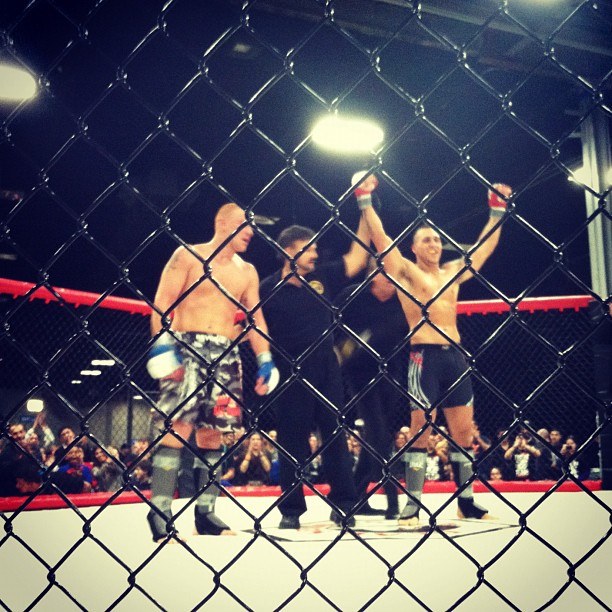 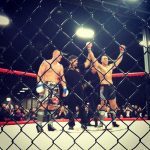 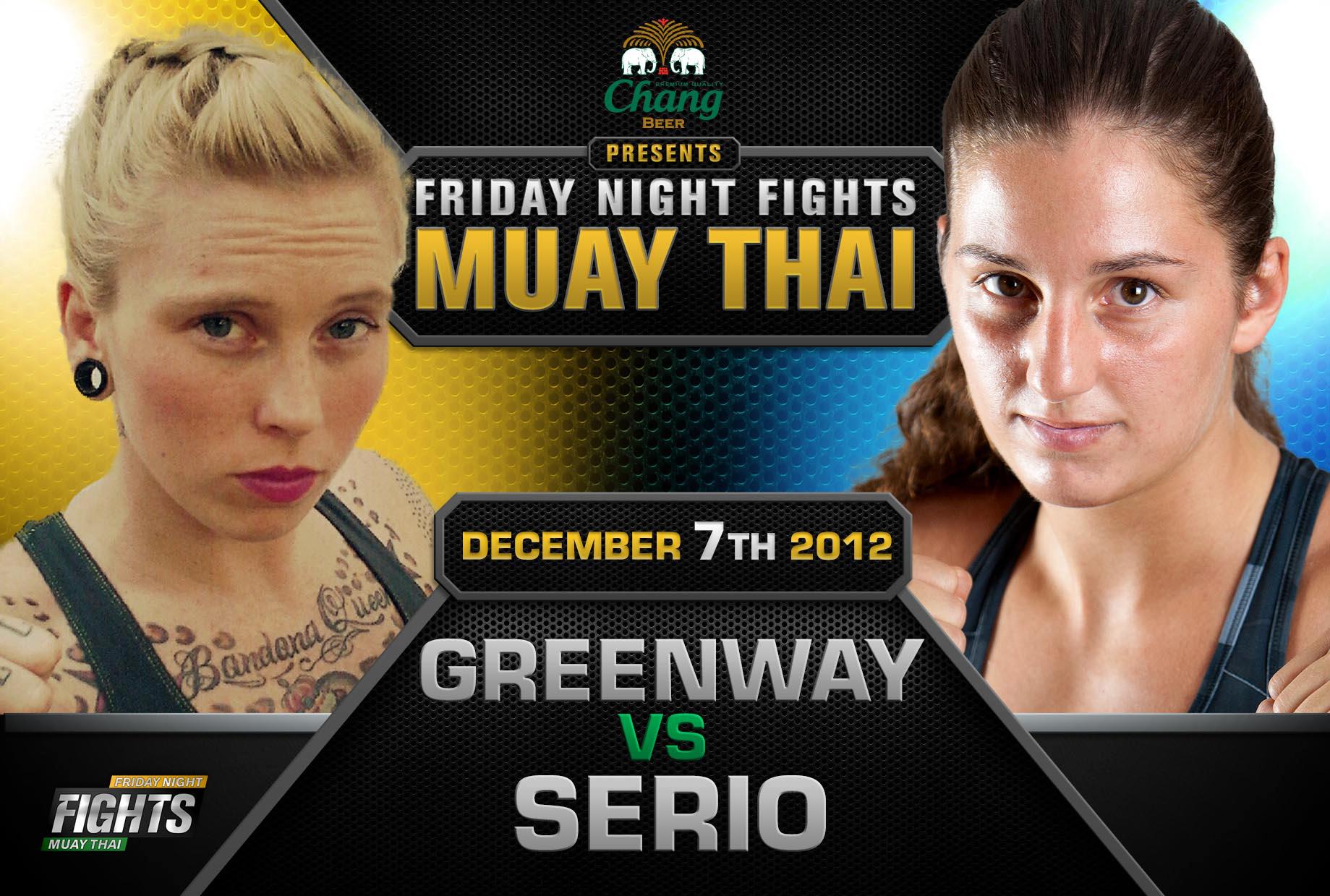 Serio vs Greenway Video below (Please note the judges initially called wrong winner, and the decision was later corrected to Serio as the winner) 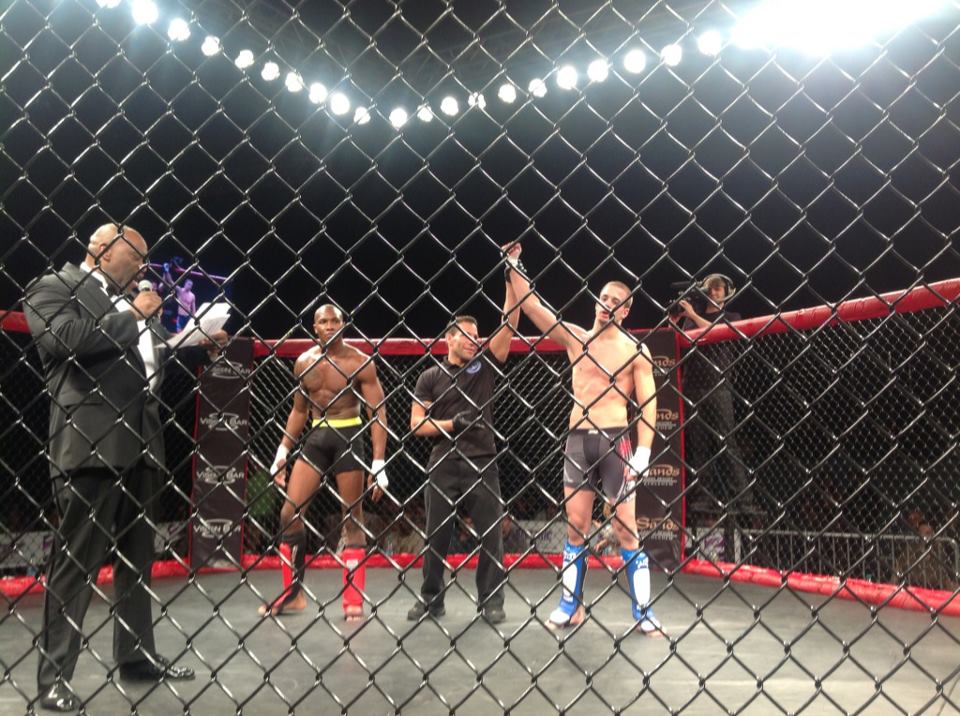 Craig Alexander (TSMMA Feasterville) Vs. Collin Sharpe 155
Alexander wins via submission in round 1

Kunkle wins via submission in round 2 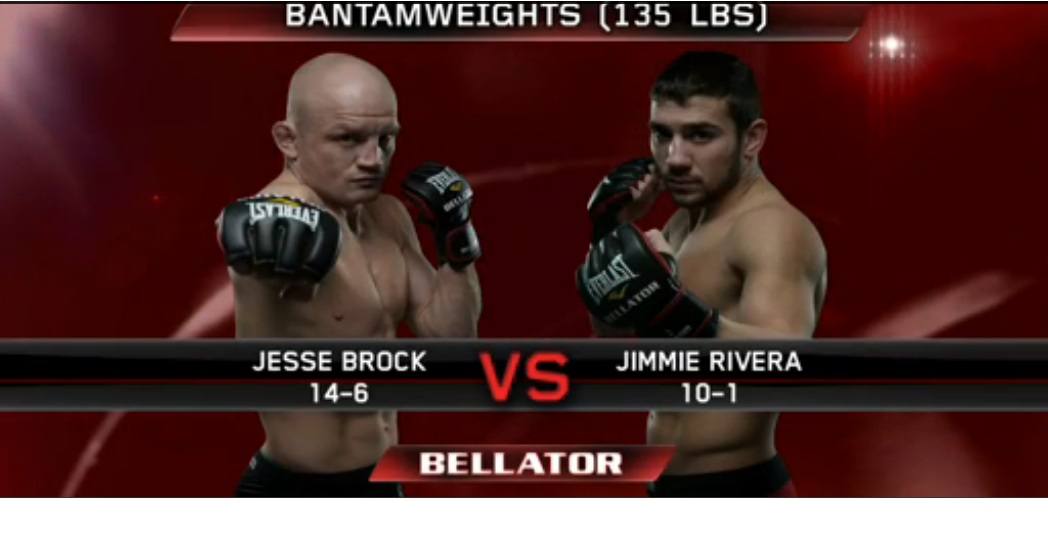 Round 1
Brock connects with a looping right to start the round but not a whole lot in terms of action to start the fight. Rivera lands the first combination about a minute into the round and Brock counters witha single right of his own. Rivera comes back in with another combination capped off with a right head kick that grazes Brock. Rivera is the much more active of the two fighters to start as yet another flurry from Rivera pins Brock up against the cage as we approach the halfway point of the round. Brock tries to throw but only has one right at a time for the TUF participant. The Tiger Schulmann fighter comes back in again with another combination that briefly stuns Brock but Rivera is unable to capitalize. There’s a brief stoppage to allow Rivera to put his mouthpiece back in and on the restart it’s more of the same. Rivera continues to be aggressive as the former Boise State wrestler tries in vain to grab a single. The bell sounds with another left connecting from Rivera.

Round 2
Brock opens the second not even risking throwing hands with Rivera after the first. He immediately ducks in for a double but Rivera defends and forces Brock to fend off a guillotine. The subsequent scramble back up to the feet sees Rivera turn Brock into the cage and connects with a right before the break. With three minutes left to go in the round both fighters are content to pick their spots but Rivera is coming in with combinations while Brock only seems able to connect with the one shot. Another left right from Rivera connects and Brock tries to duck down for a double leg but to no avail. Brock tries again to grab a single with about 90 seconds left but Rivera slips out of that one as well. Both fighters trade takedown attempts without much success before the bell.

Round 3
Rivera is stalking Brock again, popping him with a tight combination. Brock answers with a lead left hook of his own, but can’t follow up. Rivera probes with his jab, but when he commits, Brock drives in on a single-leg. He gets the leg of “The Terror” up, but can’t sweep his plant foot out. Rivera peels Brock’s hands off and circles off the fence. Rivera lands a jab and easily sprawls on Brock’s follow-up takedown. A body kick, then an outside low kick land for Brock, but the New Yorker sticks him with another left. Brock clinches up, but Rivera turns him around and flurries on the way out. Brock steps in, eats a pair of hooks from Rivera, but does manage to get over-unders. Brock opts to swing, and Rivera simply steps away. A desperate Brock tries to kick at Rivera, but his kicks are blocked and Rivera counters. He drives on a desperate single, but Rivera turns him away again. Brock lands an awkward body kick at the bell, but it’s far too little, too late. 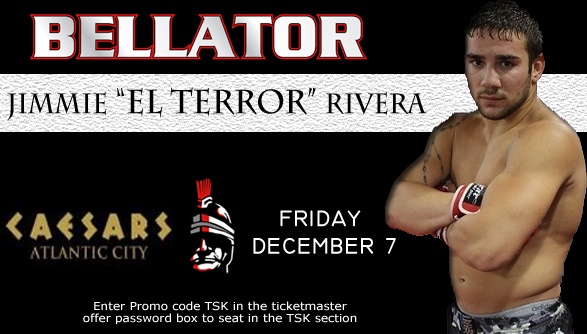 Jimmie’s fight is free and scheduled to stream on Spike.com or Bellator.com. The stream starts at 6pm. Jimmie is Currently scheduled as the 2nd fight on the stream.

It is not too late to register,speak to your School for more details

Be sure check out the Challenge of Champions Website – http://www.challengeofchampions.com/

Also be sure to become a fan of the Challenge of Champions Facebook Fan Page for up to date news and Announcements – http://www.facebook.com/ChallengeofChampionsMMA

Tickets can be purchased at Ticketmaster.com. Enter Promo code TSK in the Enter offer code/password box to seat in the TSK section.

Stay tuned for more updates on this event and how to watch Jimmie’s Fight if you are unable to attend.

Bout scratched due to Cunningham coming in severely over weight. Tough Break for Sanchez as he trained hard and was ready for his debut.

Kendall continues to improve every time she enters the ring

Now 7 – 0 in competition, Trizano had a very successful 2012 demonstrating tremendous growth throughout the year. Look for continued success in 2013, and a possible MMA bout in the future.