When our founder, Daniel Schulmann was just a young boy, his oldest brother was brutally bullied. This left Danny with a fearful lack of confidence and a feeling of insecurity. It was at this time his father, David Schulmann made a conscious decision that his children would never be victimized by anyone ever again.
He enrolled Danny in martial arts and it did not take long for his instructor, Shigeru Oyama, to realize he had a real prodigy on his hands. When Oyama realized Danny was born in the year of the Tiger and with the boy’s unmatched speed, strength and fearlessness, Danny would forever be referred to as “Tiger” Schulmann. At the age of twelve, Tiger achieved the high honor of black belt.
He began competing in full contact, bare knuckle knockdown tournaments. In 1979, at the age of seventeen, his instructor informed him that Tiger would be representing the United States in the 2nd World Open Championships in Tokyo, Japan. He then went on to become the North American Full Contact Champion which he would successfully defend for a staggering six years in a row until his retirement from competition.
That same year, Tiger Schulmann’s Martial Arts was born.
Thirty six years later, TSMA is the largest martial arts school in the United States and has helped over three hundred thousand people achieve their goals and reach their dreams.
Find a Location

Decades of high-level Mixed Martial Arts competitions have proven that there are 4 disciplines that are needed to be successful in a hand to hand combat situation. They include Boxing, Muay Thai, wrestling, and Jiu-jitsu. Tiger Schulmann’s is an eclectic martial arts system that incorporates the most effective techniques from all 4 of these disciplines creating an unparalleled self-defense system.

Our classes are divided by experience levels:

Our classes are also divided by age: 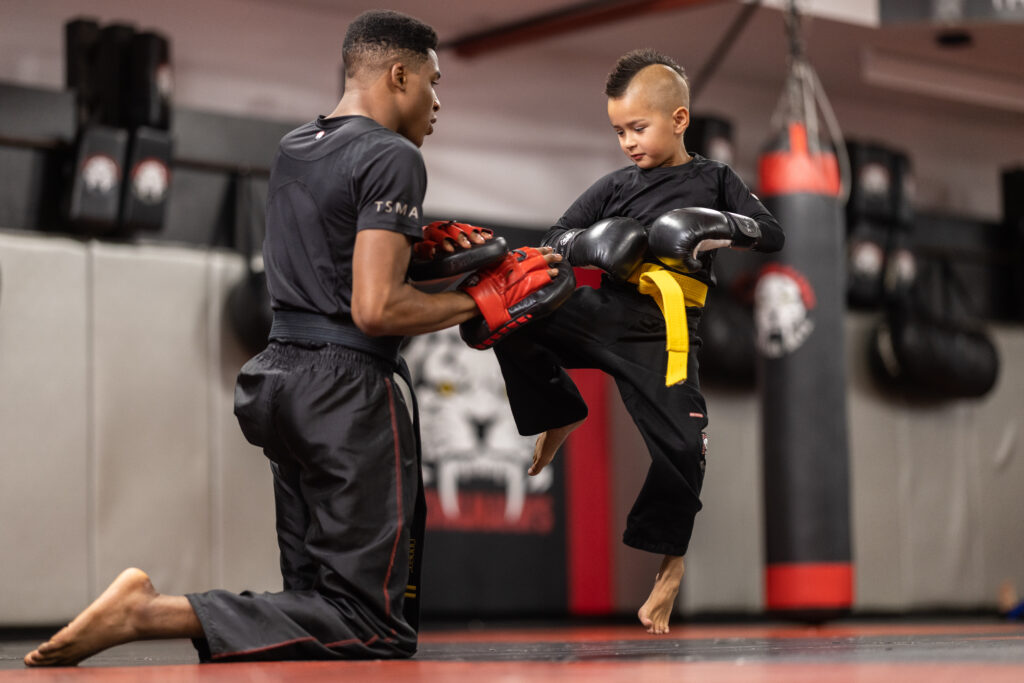 Sign up now for a FREE 45-minute private introductory lesson with a Certified Tiger Schulmann’s instructor.

By submitting this form you agree to be contacted by phone/text/email.