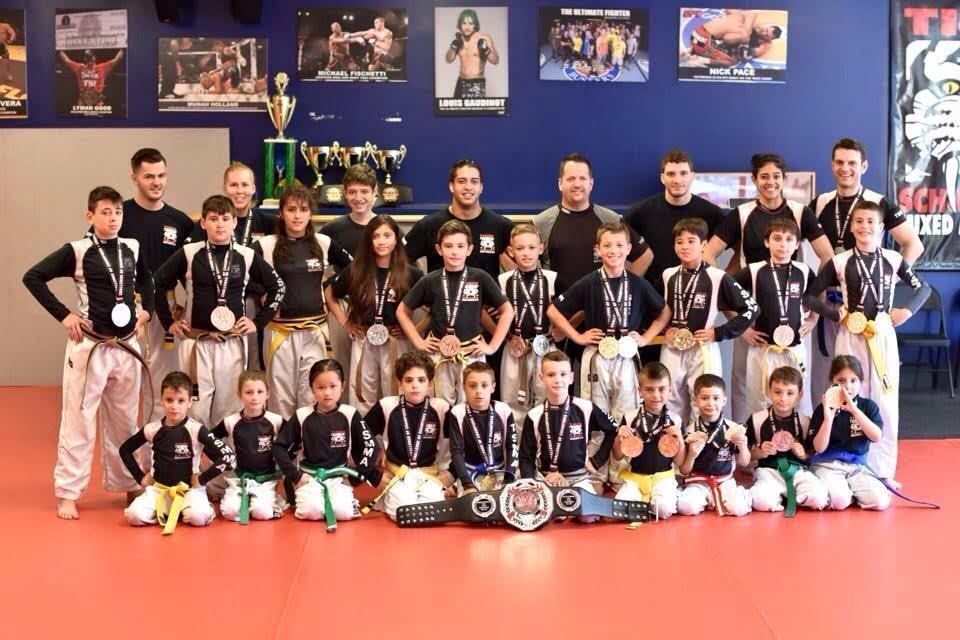 Located at 363 New Dorp Lane, Tiger Schulmann’s in New Dorp, New York is one of two top-notch martial arts schools in Staten Island. The other? Our location in Tottenville, New York of course! But today, we’re going to focus solely on our New Dorp school. In business for 20 years, we specialize in kickboxing and close range defense for adults, and karate, kickboxing and grappling for kids at this location. To accompany these classes, we are pleased to announce that this September we’ll also be offering two new programs specifically for adults. The goal is to help our adult students progress from beginner to intermediate and intermediate to advanced. Keep an eye out for more information!

Aside from these two classes, our New Dorp team is also very excited about events planned for the second half of 2015. In the fall, we’re hoping to host an anti bully event (just in time for the back-to-school season!) and in December, we’ll be participating in the Challenge of Champions.

Led by Sensei John Delaney, our New Dorp school is home to students that range in age from 4-65 years old. He explains that watching all of his students gain confidence and improve their physical fitness as well as seeing their overall transformation is what makes his experience as part of the Tiger Schulmann’s organization worthwhile.

For more information about Tiger Schulmann’s and where you can find a location near you, please give us a call at (800) 528-4437 today. Also, don’t forget to connect with us on social media! We’re LIVE on Facebook, Twitter, Google+ and YouTube, and update our pages regularly with the latest Tiger Schulmann’s news and MMA tips! 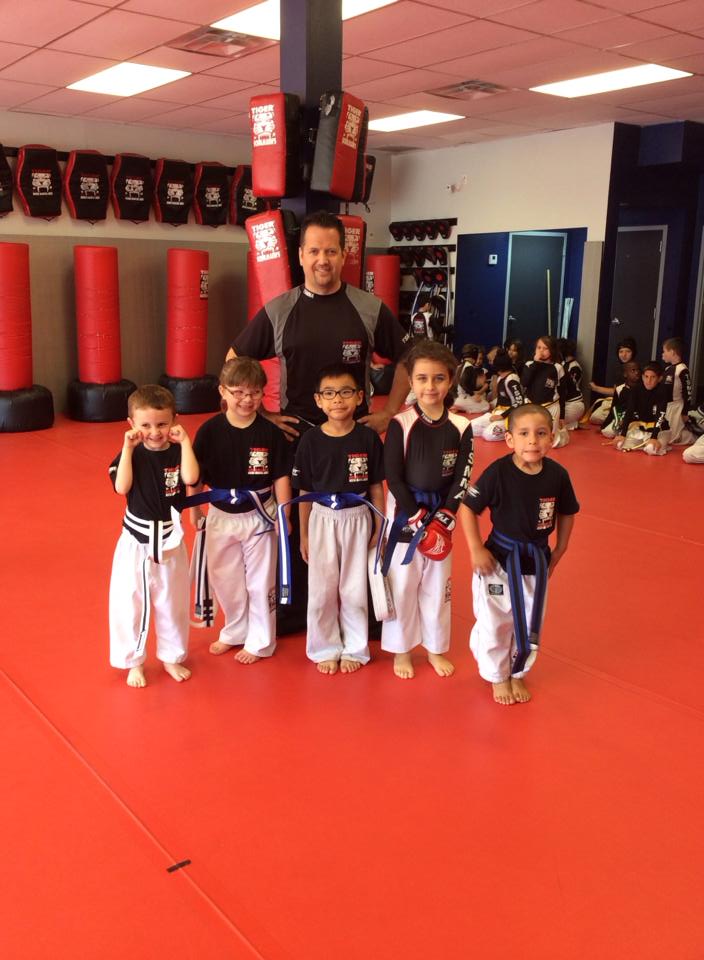 Karate Teaching Mastered For Your Kids

What do you get when you add 25 and 15? More experience teaching Karate than nearly any martial arts school in the world. That’s what Sensei John Delaney and his assistant instructor Julianno Varricchio bring to the mat every single day at TSMMA Staten Island.

Delaney began training in Karate under Tiger Schulmann himself in the 1980’s. The 22 year old Varricchio has been with Delaney in Staten Island since shortly after he could walk.

Students are blessed to have three great benefits of training at the school. The techniques you might remember from seeing Ninja Turtles as a kid are long gone. TSMMA is teaching it’s members a much more effective self-defense style.

Tiger Schulmann’s recently celebrated its thirtieth anniversary. The organization boasts the most effective system of martial arts in existence. They have spent more than 25 years as the largest and most successful Karate school in the world.

Imagine you have the chance to send your child to Harvard for college! That is the reputation you get from TSMMA.

For students at Delaney’s New Dorp location, the proof is in the pudding. The championship pedigree is evident along the walls of the school. You see pictures of numerous members who have succeeded at the highest levels of Martial Arts.

Delaney’s first student to make a name for himself was professional MMA Fighter Will Malloy. Malloy was a talented striker and grappler who burst on the scene in the early 2000’s before MMA was even mainstream.

TSMMA New Dorp student ‘Iron’ Mike Fischetti is a champion Kickboxer and MMA fighter who has amassed a nearly undefeated record while finishing more than 80% of his fights by Knockout.

Varricchio himself is an undefeated Kickboxer and MMA fighter. The schools assistant instructor is known for his ability to control a fight in the same way an anaconda constricts it’s prey.

And TSMMA New Dorp’s most successful former student is Nick Pace, who fought in the UFC five times. That’s the Super Bowl of Martial Arts competition! Sensei Pace is now the Head Instructor of Tiger Schulmann’s in Tottenville.

Chances are your goal is far from seeing your child become a fighter, but what you do want is for them to learn the discipline to excel at whatever path they choose. The success of Delaney’s students in competition is simply an example of what you can expect from your child in any activity they pursue.

You can also guarantee that no Karate school in the area will teach your child the effective self-defense that Delaney instills as pure instinct in each and every member of his school. His teaching has been tested through the crucible of competition and has proven to work at the very highest level.

Call TSMMA New Dorp today or register online for a FREE Trial Program and see how Mixed Martial Arts is really the Karate you’ve been looking for!