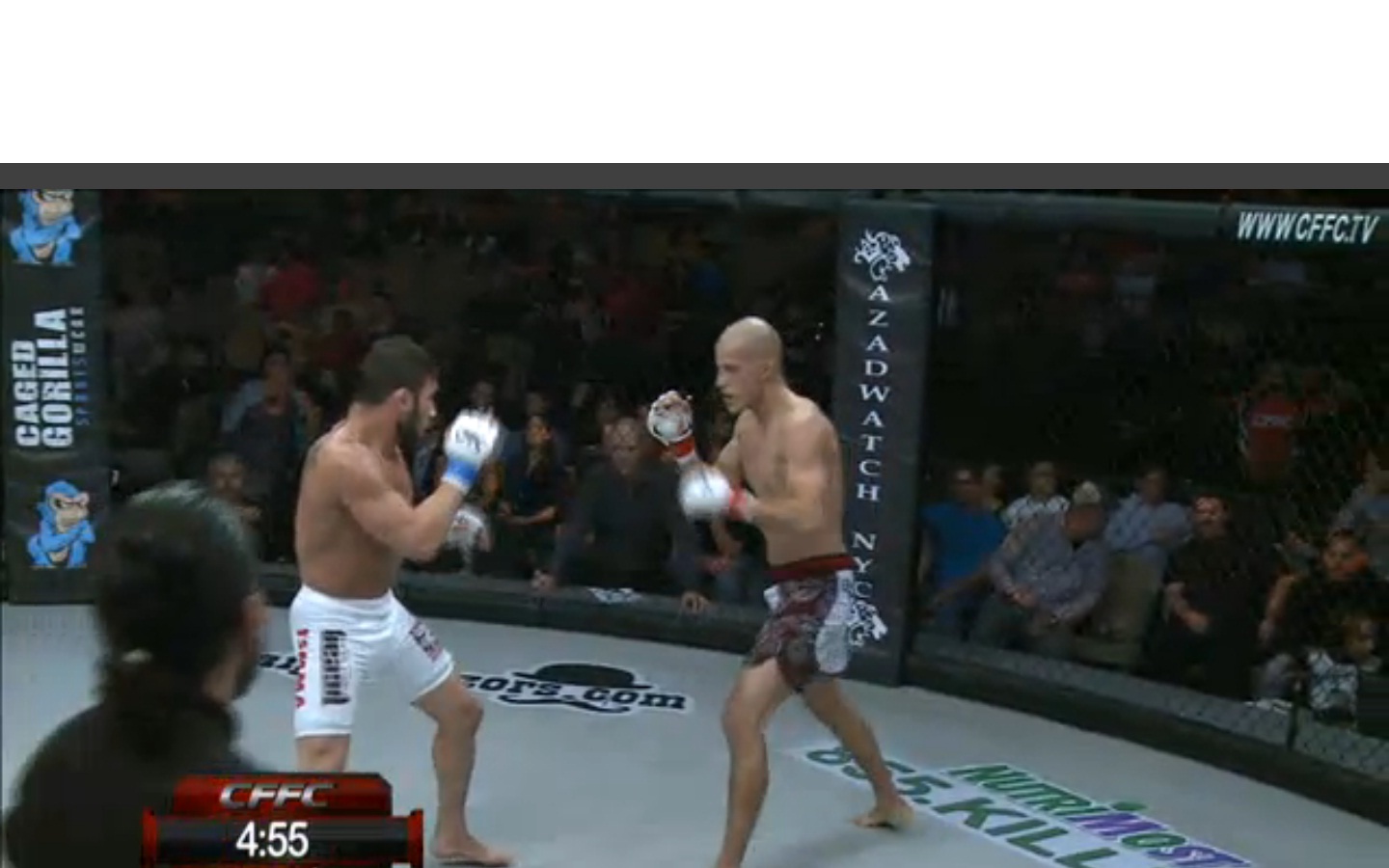 A featherweight matchup between Rick Glenn and Artur Rofi was announced for World Series of Fighting 5 on Monday. Also added was a bantamweight contest between Sidemar Honorio and Jimmie Rivera, as well as a 160-pound catchweight affair pitting Ozzy Dugulubgov against Andrew Osborne.

WSOF 5 “Arlovski vs. Kyle” takes place at Revel Resort and Casino in Atlantic City, N.J., with the show’s five-fight main card airing live on NBC Sports Network. The preliminary bouts will stream live and free of charge on Sherdog.com.

Glenn made his WSOF debut in March when he upset previously unbeaten Alexandre Pimental with a third-round knockout. The Roufusport product will look to spoil another perfect record against Rofi, who has compiled a 6-0 mark competing mainly in New Jersey’s Cage Fury Fighting Championships.

Philadephia-based Brazilian Honorio will attempt to get back on track after sitting on the shelf for more than one year. Opposite him is Team Tiger Schulmann representative Rivera, a Bellator veteran who rides an 11-fight winning streak into his WSOF debut.

Dugulubgov earned a unanimous decision against Chris Wade at WSOF 2, improving his record to 4-1. His opponent, “Ozzy” Osborne, comes fresh off an Aug. 9 stoppage of Damien Trites in Rhode Island.

Tomorrow is the first day of school and for the first time in many years, my son, Philip Micalizzi is actually looking forward to going back.

Many of you, if not all, do not know how my son came to Tiger Schulmann’s Mma Stamford. So, here it goes…

As you know, Philip is very shy, kind and considerate but Philip is also a victim of verbal bullying by his schoolmates. Over the years, I have watched my vibrant, outgoing child become more and more inverted. He became depressed, gained weight and spent most time alone at school. He lost any and all confidence in himself. No matter how much we tried telling him how wonderful he is, etc., it was only received as “well, you’re my parents and you’re supposed to say stuff like that.”

Despite my pleadings with school administration, the bullying continued to the point where even getting Philip to go to school in the morning became a daily struggle.

My son was heading to a very dark and scary place and I became afraid for him.

In the weeks leading up an incident at school, Philip became more and more depressed. Coming from a very small school district (100 +/- kids in his grade level), friends were far and few for Philip. Some of his “so-called” friends were beginning to follow suit and began ignoring him during the school day.

April 8th of this year was the last straw! Without going into detail, Philip was publicly humiliated in class by his peers. After screaming foul and meeting with administrators, my husband and I found ourselves angrier.

That evening, in desperation, we began searching the internet. We were not certain what we were looking for but we needed to find something that would help our son. We came across Tiger Schulmann’s of Stamford, Ct. Of course, remembering the commercials, I clicked on the link and immediately called.

I spent the next half hour crying on the phone to Sensei Demetrius explaining everything from the time Philip came into this world 10 weeks too early; weighing 3 lbs and fighting to survive all the way to the incident that occurred that day. Sensei patiently listened and then said the three most wonderful words I could have heard. He said,”We can help!” and, with Philip’s consent, we signed up the very next day.

After initially meeting with Sensei, Philip immediately wanted to begin taking classes. And the more classes he took; the more he wanted to train.

A couple weeks ago he received his high while belt. I have not seen Philip so proud of himself in… well… ever. As Philip’s mom, with all he has endured, watching him accept his belt with pride was the most emotionally overwhelming feeling. As I type this, remembering his face, is bringing tears to my eyes. But this time, they’re happy tears.

Philip has gained so much in the past few months of training. He is gaining confidence. He is winning his battle with his weight. He smiles now…a lot!

But, for me, he has gained something much more important and that is acceptance. He finally feels that he belongs somewhere other than his own home. He leaves class and all he can talk about is getting back to his next class. He’s gained another family.

Now, tomorrow, he will walk into school leaner, more confident and with his head held high. I have always been proud of my son.

As, Philip’s parents, there is no greater gift than seeing him proud of himself.

Thank you, Sensei and Joshu, for helping my son and for showing him a new way of life and a reason for him to look forward to the next day. And, to every single one of you, his TS family, from the bottom of my heart, thank you.

UFC 164 Behind the Scenes Photo Gallery

UFC 164 Behind the Scenes Photo Gallery

These images give a behind the scenes look of the week leading up to UFC 164 in Milwaukee. While Louis Gaudinot was making his final preparations for his bout, the team was invited to train at local MMA gym Roufussport. Tiger Schulmann along Louis’s training partners, Jimmie Rivera and Nick Pace, and trainers Ron Schulmann and Ray Velez made numerous appearances at the gym throughout the week for training, sparring, and grappling Sessions. Roufussport is home of UFC lightweight champion Anthony Pettis and Bellator welterweight Champion Ben Askren.

What made this week even more special, was that many of the top UFC fighters also made stops at the gym to get their training in while waiting to corner their teammates on Fight Night. With Fights on horizon for Jimmie Rivera and Nick Pace, the two great some great sparring and grappling rounds in with some of the best in the world including Uriah Faber, TJ Dillashaw, and Sergio Pettis. The week would also include gym appearances by Joe Rogan and Ben Askren. Tiger Schulmann’s would like to Duke Roufus for opening his doors to his gym and the hospitality while the team was there training. We hope to see more cross-training between the two gyms in near future.