Last Updated on November 30, 2013. Congratulations to EJ Childs of Tsmma Elmwood Park on winning the Jr Metro Boxing Championship. The event took place on 11/23/13 at Gleason’s Gym in Brooklyn, NY. Below is video from his 3 round championship victory. EJ is certainly a future TSMMA Star on the rise!   Round 1 […]

Last Updated on November 25, 2013. By: Thad Campbell – TSMMA Feasterville Who Knew Kickboxing Could Be Stress Relief Kate Lodise never expected to take Martial Arts Classes. She only heard about Tiger Schulmann’s in Feasterville through a series of acquaintances. Her daughter’s Godmother was invited to class with a friend, who in turn had […]

Last Updated on November 21, 2013. Knockout Artist Not Impressed Sensei Dave Tirelli used to get his knockouts in the ring. The New Jersey Mixed Martial Arts Hall of Fame member was a pioneer in the early MMA scene in New Jersey. The Elmwood Park Head Instructor was involved when MMA was first sanctioned in […] Last Updated on November 19, 2013. New reports from the Philippines indicate Super Typhoon Haiyan displaces 921,200 people and 11.8 million are affected. As many of you have heard the typhoon hit the town Sensei Domingo was born and raised. Sensei is still waiting to hear if his family is ok. In an effort to […]

The 4 Winning Entries in the Tiger Schulmann’s Facebook Photo Contest! 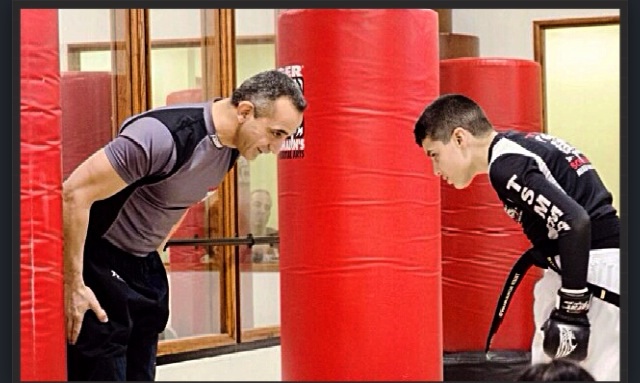 Last Updated on November 18, 2013. Tiger Schulmann’s launched its first ever Facebook Photo Contest, which ran from 10/30/13 to 11/15/13. The official TSMMA Facebook page hosted the contest and a built-in voting system determined the winners. The criteria of the contest was to enter a photo of yourself representing Tiger Schulmann’s MMA and include […]